What is Walking Pad?

A treadmill is similar to a walking pad but without as many bells and whistles. The majority are made expressly to be tiny enough to be folded in half and hidden away under a low couch. They often are not as fast as a gym treadmill, don’t have incline capabilities, or have endurance settings.

Here are some of the Walking pads listed below.

In comparison to the Walking Pad A1 Pro from the manufacturer, King smith’s Walking Pad P1 is less expensive. The P1 lacks a display, the remote is difficult to use, and the motor is a little less potent and louder. However, the price difference is sufficient to merit consideration. 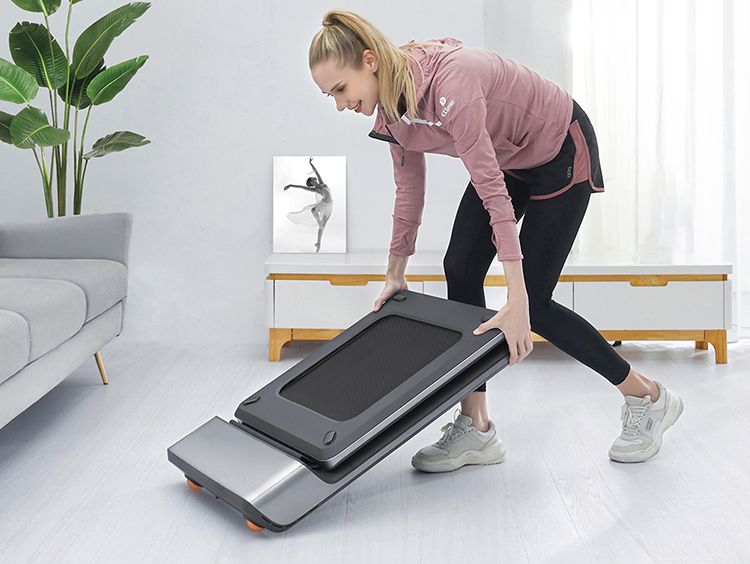 The Xterra Fitness TR150 which has an MSRP of $649 but may be purchased for less than $500 from third-party sellers, is another entry-level treadmill that is comparable to this one.

The Walking Pad P1 and the A1 Pro differ from one another primarily in three ways. First, the P1, which is less priced, lacks a display. Second, the remote has a bigger size and a smaller screen to make up for this. Thirdly, although it is a little noisier than the A1 Pro and has a motor that is only 1 HP instead of 1.25 HP, It did not detect any performance changes.

On the plus side and minus side, there is no display. The majority of walking pads and every treadmill come fitted with a display. The Walking Pad P1 might not live up to your expectations if you are used to immediately checking a display to monitor your distance, pace, and time remaining.

On the other side, poor walking form results from gazing down at your feet. Additionally, there is a good probability that you’re not concerned with your numbers if you’re using the Walking Pad P1 simply to log some extra steps during the workday or after the kids have gone to bed.

Although it falls short, the Walking Pad P1 remote is intended to compensate for the absence of the display. The device’s little display occasionally turns off, apparently to conserve battery life. The Start/Stop button must be pressed to read the display; however, if you are careless and press the button a second time, the belt will stop abruptly.

The connection between the remote and the Walking Pad P1 also takes a long time to establish. Pressing the Start/Stop button will just cause the remote to beep while the screen on the remote will display “WAIT.” In the meantime, if you launch the KS Fit app with your other hand, it will quickly establish a connection to the P1 and then prompt you to activate the belt.

The Google Play store doesn’t show much love for KS Fit, King smith’s software for controlling its treadmills, walking mats, and smart dumbbells. The app has a rating of 1.4, and according to numerous reviews, KS Fit has difficulties connecting to their King smith devices in addition to not syncing correctly with Google Fit.

With the Walking Pad P1, the app synced promptly and stored each walk, the belt stopped when accidentally clicking the Stop button twice on the remote.

Given the Walking Pad P1’s built-in remote’s performance, stick with utilizing the KS Fit app to operate the gadget. The belt can be started and stopped using the app. While the Walking Pad P1 is operating, KS Fit will also run in the background on your phone, allowing you to close it and utilize other apps while you’re walking.

Both the Walking Pad P1 and the A1 Pro have been put to the test, and to choose the P1. Even if the remote had problems, it couldn’t compensate for the device’s absence of a display. It is glad to utilize the recently updated KS Fit app to start and stop walks, however, it feels the little power reduction. If you can use a device to walk a few days a week when cannot go outside, it is worth saving $200 in my opinion.

Not at all, no. There is currently no way to combine with the incline because all Walking pads can be folded from the body center.

Simply maintain it tidy and firmly in place. The treadmill belt only has to be lubricated every three months.

When folded, this walking mat is only about 155mm thick, making it lightweight and simple to store away after use. The device is ideal for walking and running because it has a 220 lbs weight restriction and a top speed of 3.75 MPH.

Hit the mode shifting button repeatedly until MAX 3.0 appears on the LED screen, and then press the accelerating key on the remote control to reach MAX 6.0. You can increase the speed to 6.0 by turning on the manual mode after turning off the power switch.

Consider the health advantages a walking pad may provide if you’re seeking for additional ways to reduce the hazards associated with prolonged sitting beside a standing desk. Using a walking mat increases your body’s movement and workout claims Lifespan Fitness. Endorphins are released, which improves your mood and lowers tension.